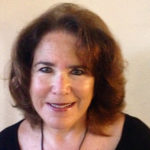 Dr. Gail Robinson, (Ph.D., Stanford) is an internationally known expert in crosscultural understanding. She founded LARC at San Diego State University as one of the first three National Language Centers funded by Congress through the U.S. Dept of Education, bringing innovative research to language and culture learning with particular attention to media use. Under her direction, LARC developed educational videos addressing: ethnographic interview techniques for understanding others through effective listening, the cultural issues surrounding NAFTA and contemporary Japan as well as the use of video for language testing, including the Video Oral Communication Instruments (VOCIs) in seven languages. She also directed language authoring systems, videodiscs and software for teaching Spanish, Hebrew and Arabic, in additional to texts for Chinese and Portuguese.

Among her numerous awards, she was Title VI Fellow at Stanford University, Visiting Scholar to the Faculty, Australia National University, Most Influential Faculty, SDSU and has received over $3,500,000 in grants for SDSU.

As Professor, Department of Linguistics and Asian/Middle Eastern Languages and Department of Spanish and Portuguese, Dr. Robinson’s current research focuses on the development of peace through innovative communicative techniques.