About the FFuN Film Series

The SDSU-LARC Foreign Language Film Night (FFuN) series has a little bit of film fun for everyone. We screen one foreign language film per week of the semester, sixteen films each Spring and Fall, in the various languages taught at SDSU and a few more. During this period of online learning, all films screen in Zoom. Students enrolled in a course in a film’s language are eligible to attend the live screening (even if it’s not a public one). Email creative director, Nadezda Novakovic (nnovakovic@sdsu.edu), for the link.

This Spring 2021, we’re adding to the FFuN by screening six films synchronously for the general public in The Languages of SoCal mini-series. The film will be followed by a discussion with a San Diego university/college faculty and a neighbor about cultural aspects of the film and their immigrant experiences. The discussion will last about 30 minutes and include a Q&A open to all participants.

We’re partnering up with the San Diego Public Library System for the Languages of SoCal miniseries. They will be sharing the series with all San Diego Public library patrons. And, we are also very fortunate to be collaborating with SDSU’s local public branch library, College-Rolando. The main librarian to contact about the series is Bijan Nowroozian. News about each film with go out to patrons on a weekly basis, so if you’re a library patron, check your library’s main page and email blasts for film news.

This series is an ongoing - and growing - collaboration. If you’ve got a film suggestion, reach out! We’re always looking for new films to include in upcoming seasons. If you know of a group in the SoCal area that might enjoy the series, email the creative director, Nadezda Novakovic (nnovakovic@sdsu.edu). She’ll be happy to share the series with them. 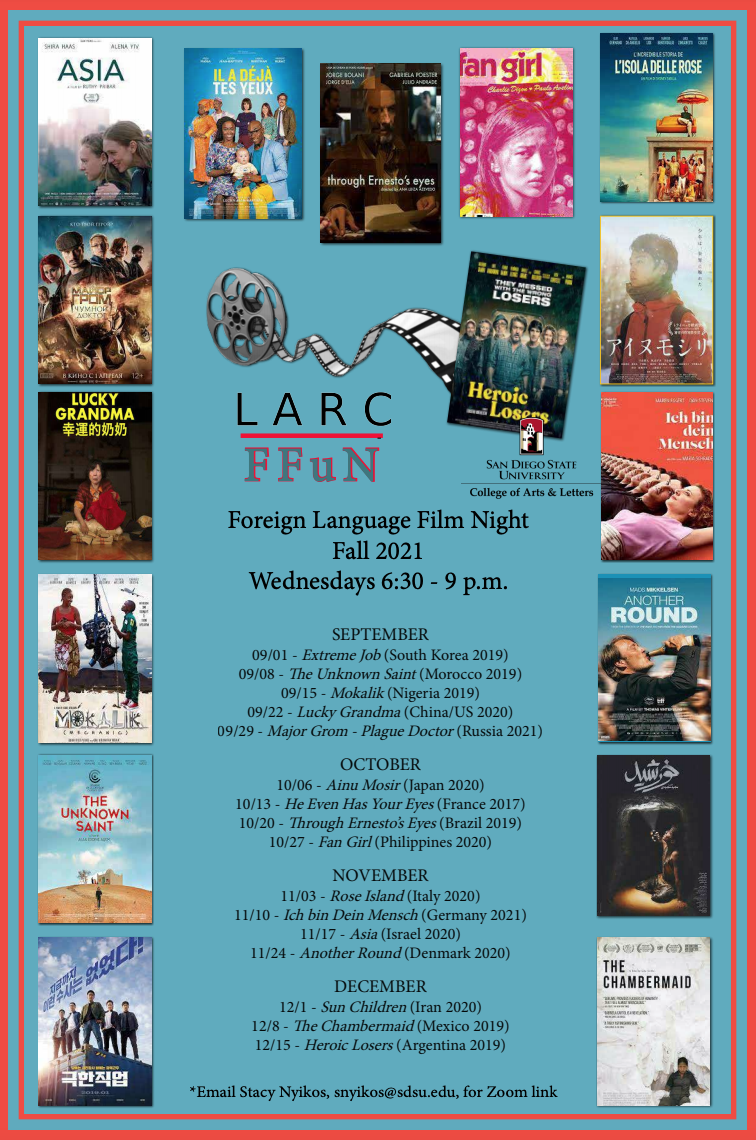 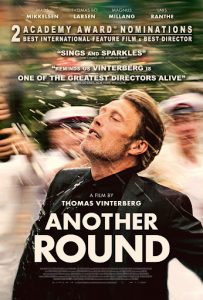 Synopsis:  Martin is a bored, indifferent high-school teacher who, like his closest colleagues, feels trapped in the creeping throes of a midlife crisis – a feeling that the glass is now half empty. Inspired by Norwegian psychiatrist Finn Skårderud’s suggestion that the human body has an inbuilt alcohol deficiency, Martin and three close friends embark on a reckless experiment: to see if daytime drinking can help them become better versions of themselves – to learn to live again.