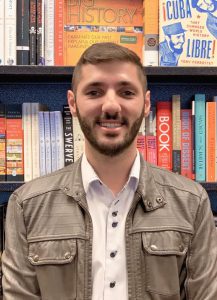 Thiago Arellano, a Brazilian native, is an ACTFL-trained trilingual language instructor (Spanish, Portuguese, and English). Thiago is also fluent in French and has basic comprehension of Italian. He graduated from the University of São Paulo (USP) in 2013 where he obtained a Bachelor of Letters with an emphasis in Portuguese. In addition, Thiago has an MA in Liberal Arts from San Diego State University.

Academically speaking, Thiago has participated as a panel presenter during the 40th Annual Conference of the Luso-American Education Foundation (2015) held at SDSU and in The American Portuguese Studies Association (2016) held at Stanford University.

Thiago has a great passion for the universe of languages. He started teaching languages while living in Brazil where he taught English and Spanish to several age groups, both privately and at renowned schools. After moving to the United States, Thiago began a new chapter as a language instructor of Portuguese and Spanish at the Language Door School in San Diego, California. Currently, Thiago Arellano is a professor of Portuguese at Southwestern College. In addition, Thiago has had the opportunity to enrich his teaching expertise by participating, for three consecutive summers, in the ProjectGO program at SDSU where he taught at the university level. Moreover, Thiago has also worked as a substitute elementary teacher in San Diego and, thus, has developed a bigger appreciation of children`s learning process. 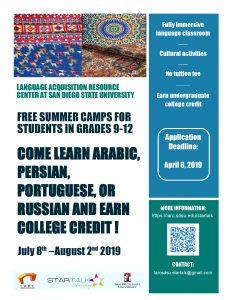